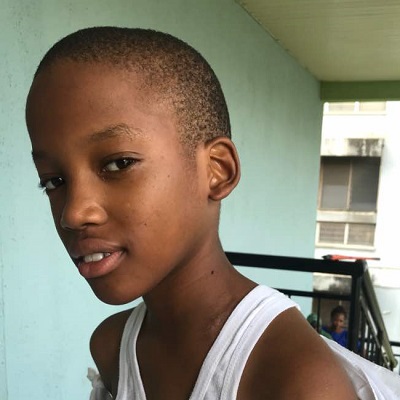 His journey with cancer began in December 2017 when he first got sick and was taken to the hospital where he was treated for fever. This continued for months until his mother, a trader in Owerri, noticed a swelling on his neck and that he groaned when he lay down. The parents became worried and took their son to a teaching hospital where he was diagnosed with Hodgkin’s Lymphoma in April 2018.

Uzoma, a brilliant boy of has gone through series of tests, transfusions, chemotherapy and also had surgery. Uzoma loves his grandmother very well and would always request that she stays with him in the hospital.

Uzoma is responding well and our hope is to support him all through the journey.