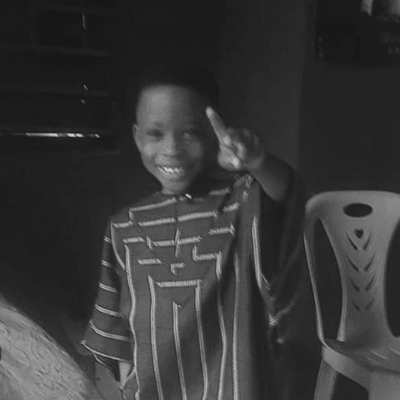 In early August 2022, Francis became sick with symptoms of vomiting, fatigue, and minor headaches. His mother took him to the hospital where he was treated for malaria and given some drugs.

Unfortunately, after several medications and no improvement in his health, his doctor referred him to a teaching hospital where he was diagnosed with Cranial Germ cell (brain) tumor in September 2022. His diagnosis has been a great blow to his family who had to sell their properties to pay his medical bills.

His parents have spent a lot of money on his treatment in just a short period, however, his treatment has been slowed down due to a lack of finances. Francis has gone through series of chemotherapy, including radiotherapy and surgery.

Francis is poised to have a good prognosis and can beat cancer to become a survivor through proper and prompt treatment. Francis is a smart boy, who loves playing with his motor toys and bicycle and desires to be one of Nigeria’s foremost police intelligence officers.

He needs your support to defeat cancer and spend more time with his three sisters.