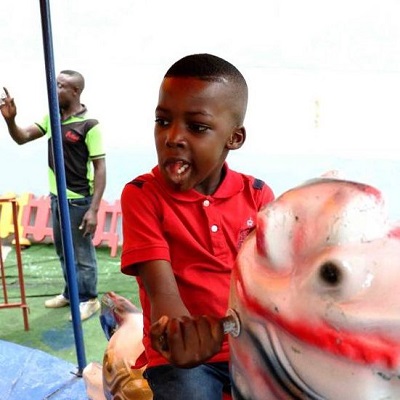 David (5 years old) is a sharp, happy, playful and mischievous boy. David was diagnosed with Myxoid Liposarcoma of the mandible in September 2015, and subsequently had Mandibulectomy (surgery to remove the entire right side of his lower jaw) in 2016. David has gone through multiple series of scans, tests, and treatments and is being considered for radiation and restorative surgery.

David loves music; his favorite music is anything his namesake Davido sings! His favorite food is Jollof rice and he loves playing with car toys. He is a brave, strong little boy. He faces stigmatization daily because of the scars and cosmetic outcome from his surgery but he does not let it spoil his joy.

We love David and look forward to his cancer journey ending with successful reconstructive surge.